At Fraunhofer ISIT a process was developed which is based on high-temperature glass micromachining. Thanks to this process glass wafers with high aspect ratio at wafer level can be structured in such a way that the good optical properties can be maintained. For this purpose glasses whose soaking temperature is significantly lower than that of silicon are used. In this case a structured silicon wafer serves as prototype. The process benefits from standardized procedures of structuring silicon in a clean room. The meanwhile incorporated structures and cavities later correspond to the molded areas in the glass. After that the etched silicon wafer gets anodic bonded to the glass wafer, whereby a defined pressure inside the cavities can be included which later is mainly responsible whether the glass gets pulled into the structures or blown out. Afterwards the glass can be further processed by grinding and polishing depending on the application. In the last step the silicon wafer is removed by a wet chemical treatment.

With the help of this technology for the first time new components at wafer level made of glass can be manufactured which fulfil the qualitative requirements of optics. Micro lenses, reflectors and specially shaped optical windows in large numbers at wafer level can be realized without further mechanical processing. This enables an economical volume production of micro optical components (wafer with gilded concave mirrors). In combination with MEMS scanner and active optical components this manufacturing process is the key for hermetic encapsulated MEMS modules which fulfil the high requirements of optical functionality (MEMS mirrors with angled windows). Due to the angled windows the back reflection of the incident laser beam into the projected image area can be avoided. The components get integrated into systems and are used in the field of image projection, light structuring, data transmission via laser radiation and material processing. 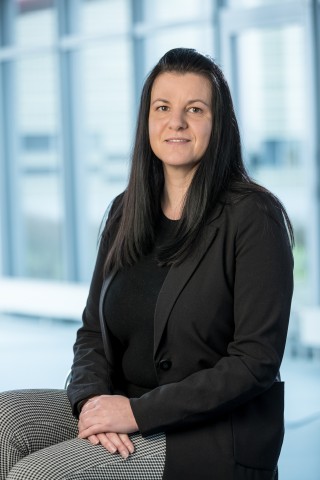