The production of power modules is facing new challenges: It is becoming increasingly important worldwide to be able to economically produce a wide range of variants in small quantities. This is why Fraunhofer ISIT is participating in the FlaMe research project. Together with their partners, the ISIT scientists want to use new technologies in the project and make the process of manufacturing power modules significantly more sustainable.

An industrial machine is just as dependent on them as an electric car, a data center or charging stations - we are talking about power electronics. Switching power modules ensure that the power source and power consumer are compatible with each other and that electrical devices can function. Depending on the application, these power modules have to meet a wide variety of requirements. While the number of customer-specific product variants is steadily increasing, the associated unit numbers are declining.

Industry accounts for a good third of the energy consumed in Germany. Energy-efficient power modules and their energy-efficient production are therefore gaining in importance. Semiconductors with a wide bandgap (a physical characteristic of transistors), which are used in power modules, can make a decisive contribution to this.

Conventional semiconductors are made of silicon, while WBG semiconductors are made of silicon carbide (SiC) or gallium nitride (GaN). The new materials reduce energy losses by more than 45 percent. Based on the entire power module market, this means potential energy savings of up to 100 terawatt hours in the Europe, Middle East, Africa (EMEA) economic region and up to 25 terawatt hours in the U.S. by 2025. Together, this amounts to about one fifth of the electrical energy required by the whole of Germany in a year.

If power modules were also manufactured in an optimized process, energy savings of up to 20 percent could also be achieved in their production. The project partners Siemens, Precitec Optronik, Precitec, F&K DELVOTEC Bondtechnik, and the scientific partners Friedrich-Alexander University Erlangen-Nuremberg and the Technical University of Munich, together with Fraunhofer ISIT, are now working on this in the currently launched FlaMe research project.

With the FlaMe research project, the project partners want to address the industry's requirements to be able to produce customer-specific power modules economically, with high quality as well as energy-efficiently at small batch sizes.

To this end, the scientists are replacing the conventional production process with highly flexible and fully automated manufacturing. This eliminates some energy-intensive manufacturing steps such as soldering oven processes. Accordingly, less energy is required and the production chain is shortened.

One focus of FlaMe is on using new technologies in the manufacturing process. These include, in particular, laser-based wire bonding, plasma spraying and 3D printing technology. These make it possible to control and target the energy input.

To optimize the manufacturing processes, the team behind FlaMe plans to use innovative industrial robots as well as high-precision optical, thermal and acoustic sensors. In this way, the process can be precisely controlled, relatively easily modified and holistically monitored.

Using AI-based methods, the researchers evaluate process data and combine it with different sensor signals. The process results can thus be predicted more accurately and product variants can be manufactured more easily. Instead of complex mechanical modifications, only software adaptations will be necessary in the future.

FlaMe is designed not only to make the production process more flexible and energy-efficient, but also to help use and save materials sustainably. Some components of a power module are made of aluminum. The project partners now want to replace this with copper. Copper ensures significantly higher power density and a longer service life for the power module. Both aspects mean that the total number of modules required is reduced. This reduces energy consumption both in raw material extraction and in the application. At the end of their service life, the pure copper connections are easier to reuse. The FlaMe research project thus makes an important contribution to the sustainable production and use of power modules.

Where power modules with WBG semiconductors are used

Due to their special properties, wide bandgap semiconductors are predestined for use wherever high power and high switching frequency or high signal quality are required. The latter means that the signal occurs very regularly without fluctuations.

Why are WBG semiconductors so particularly energy-efficient?

Wide bandgap semiconductors experience low forward and switching losses. The latter are around 45 percent lower than those of conventional silicon semiconductors. The on-state resistance alone is significantly lower at the same voltage. In addition, WBG semiconductors made of silicon carbide (SiC) and gallium nitride (GaN) can achieve much higher switching speeds.

Read the #TechBlog of Fraunhofer ISIT 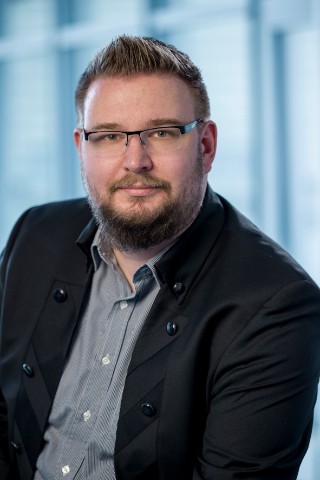